THE JOURNEY by Mary Oliver


Today we honor Mary Oliver (1936-2019) and all the words she left behind. May they inspire you on your journey!

"Poets must read and study...but, also, they must learn to tilt and whisper, shout, or dance, each in his or her own way, or we might just as well copy the old books. But, no, that would never do, for always the new self swimming around in the old world feels itself uniquely verbal. And that is just the point: how the world, moist and bountiful, calls to each of us to make a new and serious response. That's the big question, the one the world throws at you every morning. 'Here you are, alive. Would you like to make a comment?'" 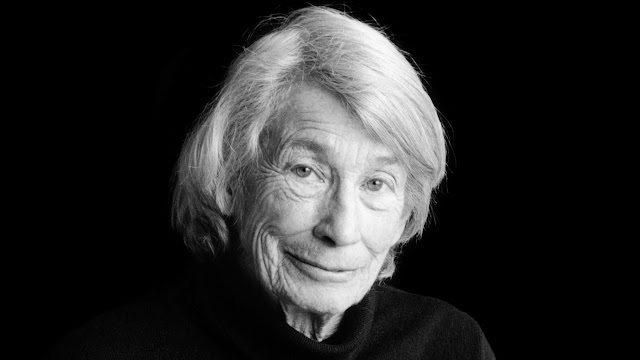 The Journey
By Mary Oliver

One day you finally knew
what you had to do, and began,
though the voices around you
kept shouting
their bad advice--
though the whole house
began to tremble
and you felt the old tug
at your ankles.
"Mend my life!"
each voice cried.
But you didn't stop.
You knew what you had to do,
though the wind pried
with its stiff fingers
at the very foundations,
though their melancholy
was terrible.
It was already late
enough, and a wild night,
and the road full of fallen
branches and stones.
But little by little,
as you left their voices behind,
the stars began to burn
through the sheets of clouds,
and there was a new voice
which you slowly
recognized as your own,
that kept you company
as you strode deeper and deeper
into the world,
determined to do
the only thing you could do--
determined to save
the only life you could save. 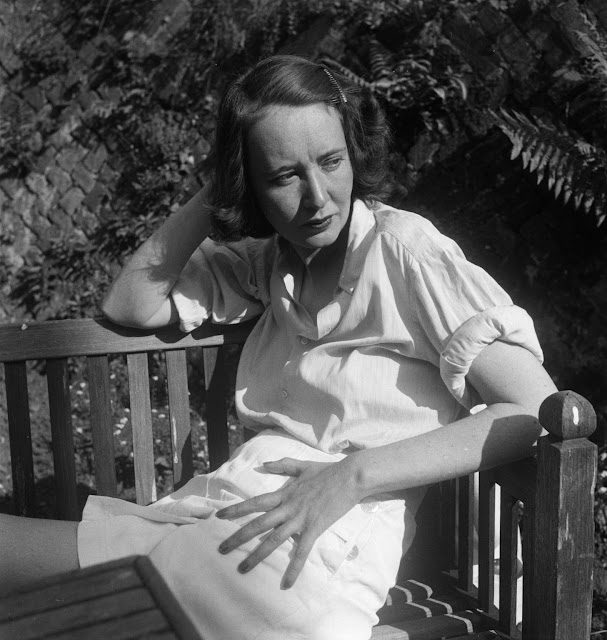 (The author in her youth)

Mary Oliver has been acknowledged by the New York Times Book Review in 2007 as "far and away, this country's best selling poet." Born on September 10, 1935 in Maple Heights, Ohio, as a teenager Oliver lived briefly in the home of Edna St. Vincent Millay, where she helped Millay's family sort through the papers the poet left behind. In the mid-1950s, Oliver attended both Ohio State University and Vassar College, though she did not receive a degree. Her first collection of poems, No Voyage, and Other Poems, was published in 1963. Since then, she has published over 25 books of poetry and prose. In 1983 she wrote American Primitive for which she won the Pulitzer Prize. Her honors include an American Academy of Arts & Letters Award, a Lannan Literary Award, the Poetry Society of America's Shelley Memorial Prize and Alice Fay di Castagnola Award, and fellowships from the Guggenheim Foundation and the National Endowment for the Arts. Oliver held the Catharine Osgood Foster Chair for Distinguished Teaching at Bennington College until 2001. She lived in Provincetown, Massachusetts and died there January 17, 2019. You may find a facebook page for her here.

July 25, 2013
This poem invites you to look upon yourself with loving kindness…
Gazing at your own true reflection, you will discover that everything you have longed for “out there” is already within you! I invite you to love your creativity fiercely. Faithfully plant seeds, allowing under-the-ground dormant seasons, nurturing your creative garden with love and gratitude. In the fullness of time, the green growing things thrust forth from the ground. It's a faithful, trustworthy process. AND it takes time and patience.  Blessed is the fruit of your creative womb! I invite you to trust your vision of the world and express it. With wonder and delight, paint a picture, create a dance, write a book, and make up a song. To give expression to your creative impulses is as natural as your breathing. Create in your own language, imagery, and movement. Follow no script. Do not be limited by the customary way things have been expressed. Your creative intuition is original. Gather all of life into your inner c…
4 comments
Read more

May 07, 2018
FOR TARA
*
Goddess of Compassion and Wisdom, I need to recall,  reclaim you, invite you to return to my heart. Come back  to my heart, Love, where you are home. There’s room.
There is room enough for two, for multitudes. For you.  Become me, I beg you. Worry my concern into peace.  Shake this rag doll out of stiff contrition back to joy.
Till bones, blood, marrow, mind all leap up to dance,  to expand and mingle with the greater Presence, gift  we are heir to if we remember to remember the Whole.
The whole that made us, not that hole I fall into.  From her celestial seat in the Pure Land, Tara smiles, extending a hand of pure blessing, her invitation. Up.

Penn Kemp--poet, performer and playwright--has been active in Canada’s literary scene since her first publication of poetry, Bearing Down, by Coach House (1972). As well as editing Canada’s first anthology of women’s writing, IS 14 (1973), many of her books have been devoted to the goddess in all her guises. Kemp has been lauded as a trailblaze…
Post a Comment
Read more